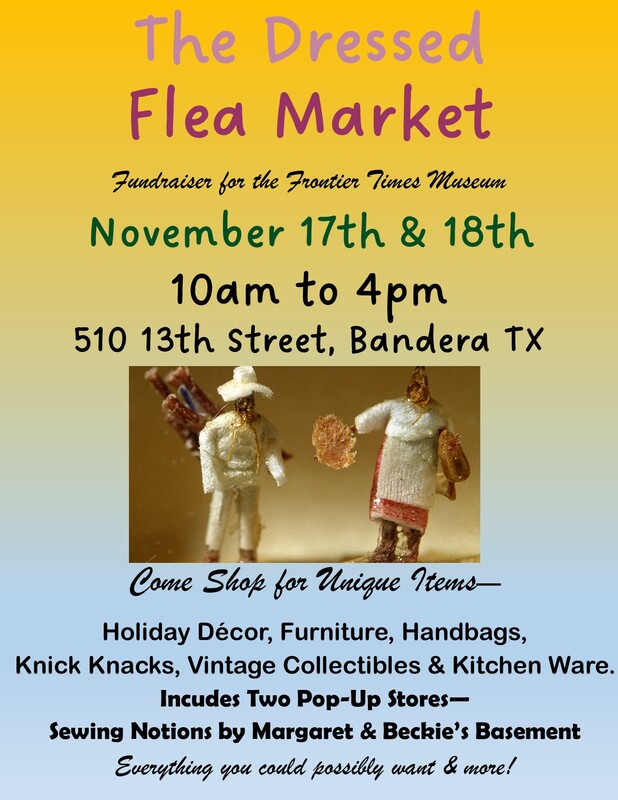 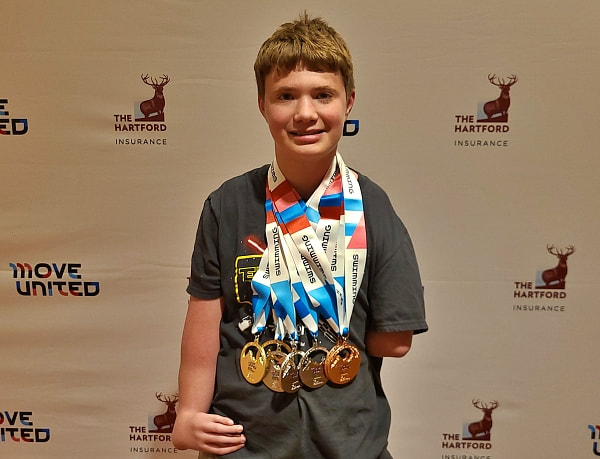 Swimming
Matthew Jeffery, a Bandera County resident, is a multiple medalist in the Move United Junior Nationals and the current national record holder in his age group for the 4x25m individual medley.
Jeffery, aka “the Torpedo”, swam for the Texas Parasport team in Denver earlier this year and competing in the under 14 S8 division, swam seven individual events and one team relay over two days.
He brought home a total of seven medals, two gold, three silver and two bronzes, the golds were in the 25m Breaststroke and the 25m Butterfly, the silvers in the 25m Freestyle, 50m Breaststroke and the 50m Butterfly.
The bronzes were in the 100 Freestyle and  the 4x50m team relay.
This year was Matthew's second time swimming at the Nationals, last year he brought home two golds medals and a silver.
Jeffery was awarded the 2022 Heart of Kinetic Kids award for their Xtreme division and was interviewed by the sports site, Hudl for a Gatorade video, viewable on YouTube showcasing the opportunities they offer.
He is currently off season training as he readies for the Texas Regional Games to be held in April.
He also competes with the Finesilver Ranch swim team and swims against the non-disabled competition there and does well. They start their season in May and have helped him train for the Nationals for the past two seasons.
You can follow him on Instagram @torpedomatthew where he shares updates on his training and experiences along the way.

​Medina ISD
Football
The Region IV 1AD1, fifth ranked 11-0 Medina Bobcats varsity football team will travel to San Saba Friday to take on the second ranked, 11-1 Jonesboro Eagles.
Medina is coming off the team's first playoff win, a 52-6 decision over Chester and Jonesboro rolled over Menard, 54-6 last week to advance.
Both teams are close in season scoring, Medina with 658 and Jonesboro with 704, but the stingy Bobcat defense has allowed just 124 points to the Eagles 296.
In other Medina football news, head coach Mark Coley was named as Dave Campell's Texas Football's 1A Coach of the Week.

Eighth grade
“A”
Lady Bulldog basketball tipped off their season Wednesday night after only two days of practice and with first game jitters, the Lady Bulldogs faced off against Pearsall.
The key word for the night was “control” and these 12 ladies walked away with the win against the Lady Dogies, 19-16. A tight game from start to finish, we were able to persevere and begin to build our foundation for the season. All the girls remained coachable throughout the night and never gave up on each other.
Bandera stats:
Delilah Schmidt had three steals. Cerissa Fernandez led with 5 points while Jessie Battle and Sydney Moore added 4 points. Preslee Greenley and Delilah Schmidt added 3 points each.

“B”
With only two days of practice, the B team fought off their nervousness and beat Pearsall in their season opener,14-12. As expected, it was chaotic, but the girls showed great composure.  Abby Sizemore, Maddie Garza, and Absity Chavez were the leading scorers.  All of the girls hustled and played tenacious defense.

Seventh grade
“A”
The Lady Bulldogs played in their first contest, a hard-fought game against Pearsall Lady Doggies, but fell short, losing 24-8.
With only two days of practice, we were able to perform, and I know these girls will grow each week.
Zoey Taylor led Bandera scorers with six points and Pyper Barnard scored two.
The girls played the fourth quarter with a lot of heart and didn't give up.

“B”
The B team played their first basketball game against Pearsall and lost a close contest,14-8. Emma Rynarzewski led the team with six points, and it was an overall great effort for the whole team on playing their first game.

Hondo Tournament
Eighth grade
“A”
Bandera traveled to Hondo this past weekend to participate in the Hondo Owls Tournament. In the first game against Devine, the girls put up a hard-fought battle with the focus was to take more shots and protect the ball, but we fell to Devine, 21-51.
Leading the way on rebounding was Jessie Battle with four and Delilah Schmidt led in scoring with eight points. Samantha “Peanut” Sardo and Battle contributed four points each.
After a brief rest, these ladies were back on the court to take on the host team, Hondo.
With the Lady Bulldogs putting the pressure on the Owls, we tried to hold off the Owls to clinch second place in the tournament, but in the last 60 seconds of the game, Hondo was able to push past our strong press and score to win the game, 26-22.
Sardo led with 10 points and Presslee Greenley added six. Rebekah Gomez scored two points and recorded five rebounds. We will travel to Devine this Thursday to re-match the Fillies before a well-deserved rest and break for Thanksgiving.

“B”
The B team won a bronze medal, placing third place in the Hondo tournament.
In the first game we lost to a strong Devine team, 52 to 5.
In the second game, the Lady Dogs played much stronger defense against Hondo and were down 12-6 to start the fourth quarter. We mounted a comeback bid and led the game 13-12, but could not hold the lead and lost, 14-13. Abby Sizemore, Brielle Silva, and Absity Chavez were the leading scorers in that game.

Seventh grade
“A”
The A team took on Devine in game one and our girls lost, 22-8.
Pyper Barnard scored four with Tahtiana Simpson and Zoey Taylor contributing two points each.
After falling behind in the first half, we held Devine to just three points in the last quarter.
Our second game of the day, we came out with the win, 21-9 thanks to improved defense.
We are getting more playing time and working out the kinks of the game and we are looking great.
We had many great defensive plays from our Lady Bulldogs and each game is about improving and we have done that.
Taylor led the scoring with seven, Simpson scored six with Barnard and Jessa Haws adding four each.

“B”
The B team went 1-1 for the tournament, losing to Devine, 20-6 and coming back to defeat Devine, 14-6.
The girls transition game from offense and defense improved which played a role in our win. Shout outs to Madison Frazee and Karlee Hamilton for scoring multiple times that helped us secure the win.