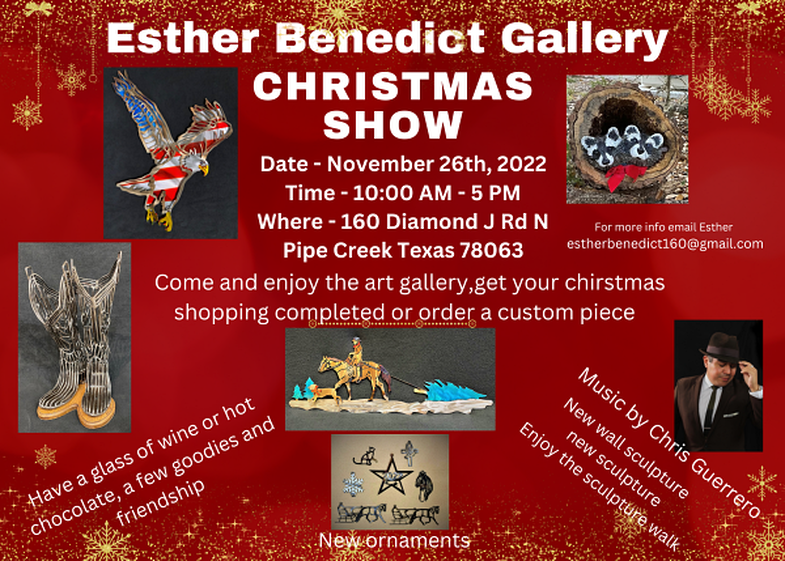 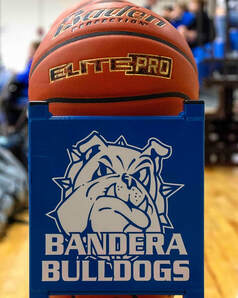 The Bandera varsity boys basketball team got off to a fast start Friday night against San Antonio Fox Tech and then held off a strong comeback effort from the Buffaloes to edge out a 49-44 win on Little Bulldog Night.
Bandera led 31-15 at the half before Fox Tech caught fire and knocked down three consecutive three point shots in the third quarter to make things interesting entering the fourth. The Bulldogs got the stops they needed down the stretch and did an excellent job of controlling the rebounding battle, out rebounding Fox Tech 47-31 in the victory.
The Bulldogs were led by Isaac Segura, who made his first start at the varsity level and thrived while posting his first career double-double with 15 points, 11 rebounds, two steals and a block. Eli Salas also had his first career double-double, posting 11 points, 10 rebounds, two assists and a steal. Cale Barnett brought a ton of energy on the defensive end of the court and posted eight points, five rebounds and four steals. Salvador Enriquez had eight points and five rebounds, and Kayden Brown had five points, five rebounds, three assists and two steals. The Bulldogs improved to 1-1 on the season with the win.
“It was exciting to see the energy and intensity we played with in the first half. That is the brand of basketball we like to play, and we got off to a great start. We got a little too passive in the second half offensively and missed some key rotations on the defensive side that allowed the game to get close down the stretch. We did get some great late-game experience in the process though and held on for the win."
Bandera 49, San Antonio Fox Tech 44
Bandera (1-1) -- Isaac Segura 15, Eli Salas 11, Cale Barnett 8, Sal Enriquez 8, Kayden Brown 5, Alex Dirck 2.
Fox Tech — Anthony Reyes 27, Amaryon Thompson 6, Jobe Barajas 5, Brandon Gonzalez 4, Jonah De La Rosa 2.

JV
Sophomore Jace Knowles had a second-consecutive 20-plus point outing and the JV Bulldogs picked up their second win of the season in a 56-50 finish against SA Fox Tech.
Knowles scored 21 points to lead the Bulldogs while Randon Wheeler added 15. Jeffry Thomas had 9 points, Layne Bourgeois added 3, Ibraham MacNeil had 2, Jackson Satterfield had 2 and Brayden Franklin finished with 2 points in the win.
Fox Tech got hot in the third quarter and cut into the Bulldogs’ lead, but Bandera was able to make the plays it needed to in the fourth to hold on for the win. Knowles, Wheeler and Bourgeois each hit a key three-point shot in the final frame to help Bandera improve to 2-0.
The Bulldogs will return to action at 11:00 am Monday against SA Kennedy.

Freshmen
The Bandera freshman team went back-and-forth with Fox Tech from start to finish but the Buffaloes were able to edge out a 49-47 win to hand the Bulldogs their first loss of the season.
Bandera did a great job putting pressure on the middle of the Fox Tech zone defense by drawing fouls and getting to the free throw line, but the Bulldogs missed 17 attempts from the line in loss. The Buffaloes did just enough in the final minutes to climb back on top and secure the victory.
Evan Bowman finished with a team-high 19 points for Bandera while Riley Moran scored 8 and Gavin Garcia added 6. Brady Trussell had 5 points, James Bower had 5 points, Jason Lippy had 2 and Quinn King finished with 2 points for the Bulldogs.
Bandera will return to action against SA Kennedy on Monday with tip-off set for 11:00 am.

SA Fox Tech 49, Bandera 47
Bandera (1-1) – Quinn King 2, James Bower 5, Jason Lippy 2, Brady Trussell 5, Gavin Garcia 6, Riley Moran 8, Evan Bowman 19.
Fox Tech – Perez 10, Rivas 6, Morales 3, Miranda 1, Hernandez 19, Morgan 11.
The Bandera Prophet is grounded on the premise that relevant news delivery is ever-evolving. Founded by newspaper veterans, the Prophet delivers up-to-date information by writers and photographers who combined have 50-plus years of experience in the field and newsroom. Completely free to readers, the Prophet is published on multiple platforms, and shared within the online community. No paywalls and no paid subscriptions
make news, sports, feature stories and more immediately available with one click of a button or one swipe on a keypad.
All content copyright property of The Bandera Prophet