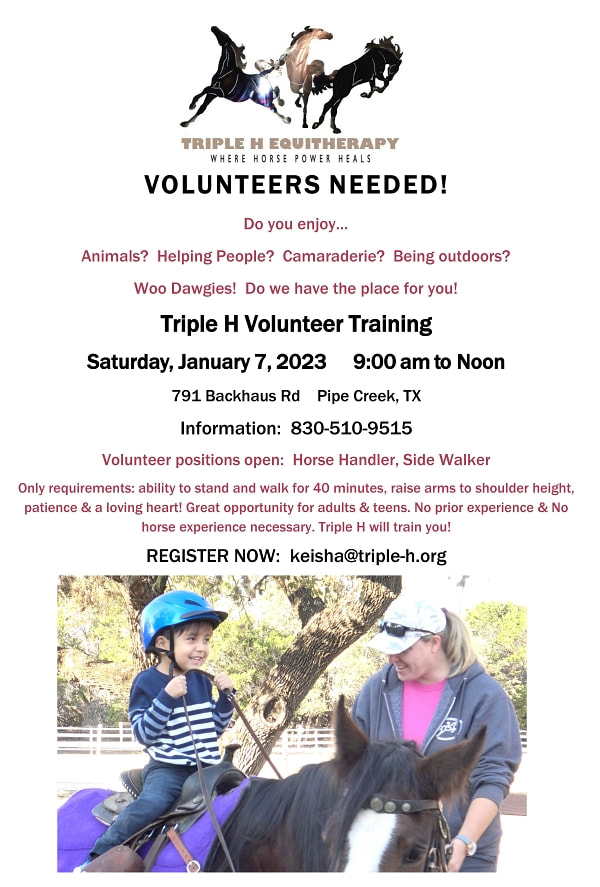 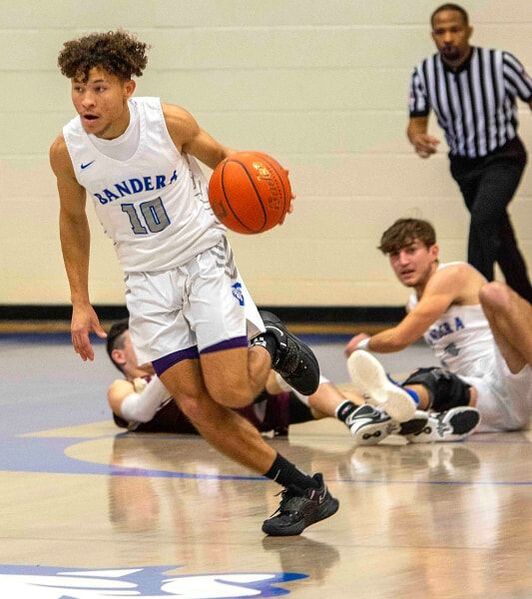 Senior Kayden Brown, shown in an earlier home game, was named to the All-Tournament Team at the Coach K Classic in Rockport.

After a district opening 75-48 loss to the Wimberley Texans before Christmas, the Bandera Bulldogs varsity basketball team headed to Rockport looking to get back in the win column at the Coach K Classic tourney the week after the holiday.
Bandera opened play against Edinburg and fell behind early. Looking at a 27-9 deficit just before the half, the Bulldogs rattled off a 10-2 run to make it a little more respectable at 29-19 before the break.
That late second quarter run was just a preview of what was on tap as the Bulldogs outscored the Bobcats 16-5 to take a 36-34 lead late in the third quarter on their way to a 48-44 final, Bandera’s first ever win over a 6A team.
Eli Salas had a team high 14 points and Alex Dirck had a double double (10 points, 13 boards) to lead the way.
Bandera faced 4A CC Calallen next and the Bulldogs took a 49-40 win over the Wildcats behind the strong offensive showing of Kayden Brown (16) and Salas (14) and a good team defensive effort.
The win put Bandera at the top of the C pool and into the Gold bracket to play for the tourney championship.
Unfortunately, Bandera ran into a red hot 5A Comal Pieper squad that lit it up from outside the arc on their way to a 61-33 win and putting the Bulldogs in the bronze medal game to finish the weeks play against the host 4A Rockport-Fulton team.
Once again, a slow start put Bandera down early forcing them to play catchup from 11 points down and Bandera tied the game late in the fourth. Rockport managed to hold on to get a 48-41 win to keep the Bulldogs off the podium.
“The Coach K Classic in Rockport is always a great experience for our team. We got to spend a ton of time together and got better on the court as well. We played some top notch competition and I was especially proud of the way we competed and battled from behind all week. We’re back into the thick of district play now and we’re looking forward to continuing to build off these efforts moving forward,” coach Brady Keane said.
Kayden Brown averaged 10.5 points, 3.2 boards, 2.0 assists and 1.3 steals per game to be named to the All-Tournament team.
The teams 2-2 record in Rockport kept the Bulldogs above the .500 mark at 12-11(0-1 district) for the season and they will take to the road against the Navarro Panthers Tuesday evening. The Panthers are also 0-1 in district with a 59-42 loss to Davenport before the Christmas break.
The Bandera Prophet is grounded on the premise that relevant news delivery is ever-evolving. Founded by newspaper veterans, the Prophet delivers up-to-date information by writers and photographers who combined have 50-plus years of experience in the field and newsroom.
Completely free to readers, the Prophet is published on multiple platforms, and shared within the online community. No paywalls and no paid subscriptions required, the Prophet is built on the belief that information is so necessary to our community, that it should not depend on your income.
At the Prophet, news, sports, feature stories and more are immediately available with one click of a button or one swipe on a keypad.
All content copyright property of The Bandera Prophet