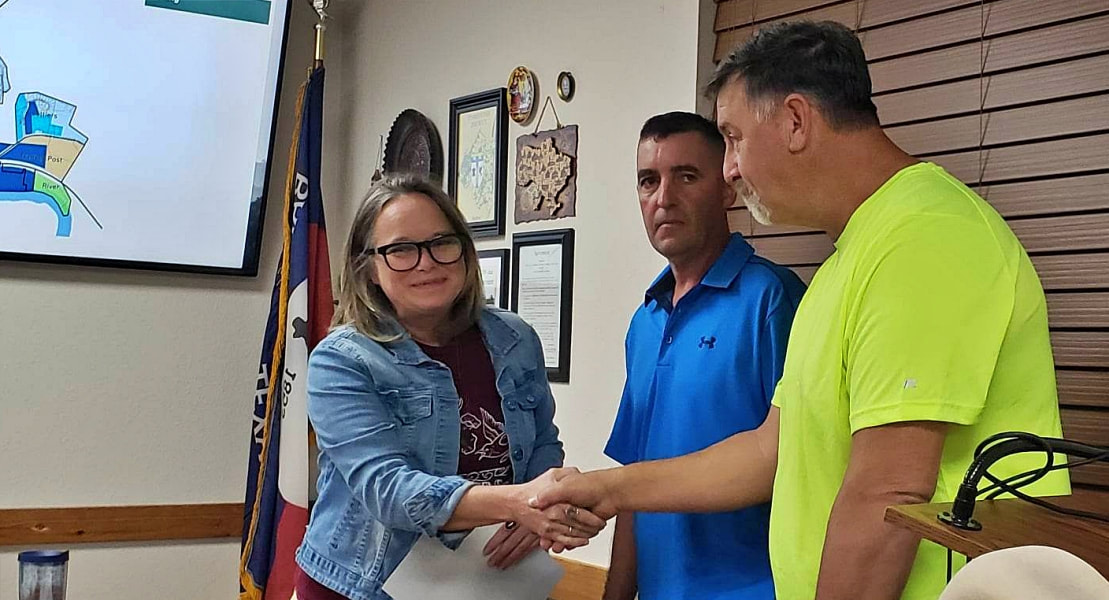 The City of Bandera unanimously approved a resolution proclaiming Jan. 9-15 Public Works Appreciation Week. Public Works Director Lance Roy and utility worker Brian Gillaspie were honored during council’s regular meeting on Tuesday, Jan. 3.
Giving Bandera’s Public Works Department props, City Administrator William Cox said Roy, Gillaspie and the entire team responded to an emergency called in late on Dec. 24, wrapping pipes and working to restore and maintain services for city residents.
“When we were all enjoying family, they were in ditches full of water on Christmas Eve and Christmas Day,” Cox said.
The Bandera Prophet is grounded on the premise that relevant news delivery is ever-evolving. Founded by newspaper veterans, the Prophet delivers up-to-date information by writers and photographers who combined have 50-plus years of experience in the field and newsroom.
Completely free to readers, the Prophet is published on multiple platforms, and shared within the online community. No paywalls and no paid subscriptions required, the Prophet is built on the belief that information is so necessary to our community, that it should not depend on your income.
At the Prophet, news, sports, feature stories and more are immediately available with one click of a button or one swipe on a keypad.
All content copyright property of The Bandera Prophet