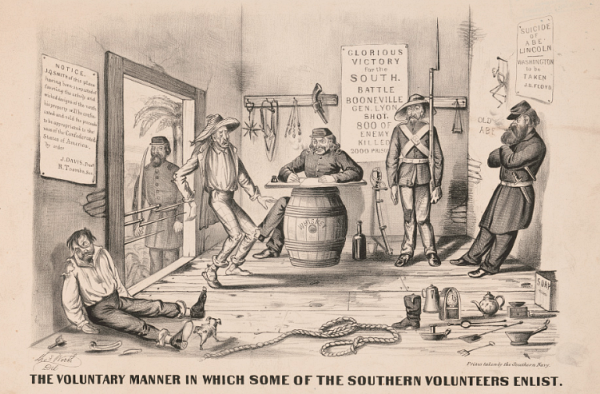 When the war between the states broke out, Texans found themselves in conflict with one another. While many supported seceding from the Union and joining the Confederate states, there were Texans who did not support this arrangement. Among the loyalists were members of a little colony that had been established along the Blanco River in Blanco County.
A prominent member of this gentle group, Jap Brown, was known for his ability to gather wild honey from the bee caves which dotted the cliffs found along the river. Along with his neighbors, Brown opposed the war and refused to volunteer to serve in the Confederate army. This was fine until the passing of the conscript law in which all able-bodied men were to be drafted into service. Brown and his compadre, John Pierce, decided that a life in hiding would be preferable to fighting in a war for a cause they did not support. While many Union sympathizers in Texas fled to Mexico, Brown used his ample knowledge of the craggy hills and cliffs to seek refuge in the nearby caves.
Their desertion did not escape the attention of the authorities. Conscript officers and Home Guards, known as “Heel Flies,” made their monthly rounds to try and find the men in order to arrest them. They just knew they were near, but all their searching did not reveal one trace of Brown. Brown was indeed close by, often looking down on the hapless Heel Flies from his secret perch in his well-hidden cave.
The families and neighbors of the fugitives developed a code that allowed them to communicate. When any soldier, or stranger for that matter, entered their area, a signal was given. From his cave, Brown could look down on his neighbor’s yard. If he saw a piece of white fabric on their clothesline, he knew it was time to hide.
His capture came precariously close on a few occasions. Grandpa Pierce was given the task of bringing provisions to the men. One day, his wife had prepared a basket of food and a pot of coffee. A feeling of doom suddenly came over her and she begged him not to go, exclaiming she was seeing death in the coffee pot and in the basket. Feeling spooked himself over her vehemence, Grandpa Pierce heeded her warning. Instead, he placed the provisions under his shirt to make his way to Brown’s cave, appearing to be just a simple old man bent over his walking stick. Sure enough, he found himself surrounded by a group of Heel Flies who demanded to know where he was going. He quickly responded he was looking for his pig and asked if they had seen his “an old spotted sow with a bell on?” Not having cause to detain him, they allowed him to go on his way. His wife was quick to point out that if he had carried the basket and coffee pot, the ruse would not have worked.
Brown and Pierce remained hidden throughout the war, though they were not idle during this time. Pierce married while in hiding and Brown even managed to farm and raise sheep, dressed in his wife’s clothing the whole time.
The Bandera Prophet is grounded on the premise that relevant news delivery is ever-evolving. Founded by newspaper veterans, the Prophet delivers up-to-date information by writers and photographers who combined have 50-plus years of experience in the field and newsroom.
Completely free to readers, the Prophet is published on multiple platforms, and shared within the online community. No paywalls and no paid subscriptions required, the Prophet is built on the belief that information is so necessary to our community, that it should not depend on your income.
At the Prophet, news, sports, feature stories and more are immediately available with one click of a button or one swipe on a keypad.
All content copyright property of The Bandera Prophet