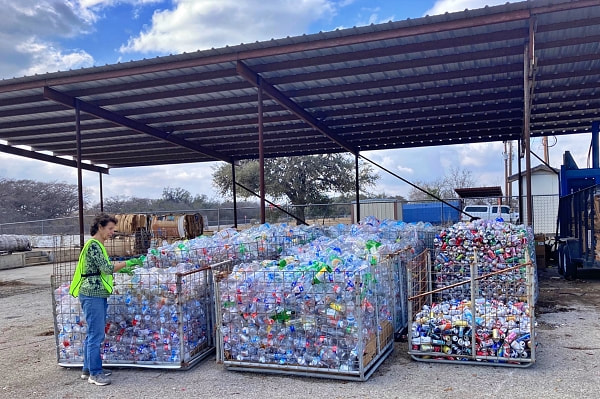 Since the county opened recycling for selected items at its Bandera solid waste site in November, the average number of customers has doubled.
There were 362 times that residents throughout the county recycled cardboard, #1 plastic bottles and aluminum cans on Saturdays during first two months since recycling restarted.
Recycling is in an experimental stage with volunteer screeners limited to the Bandera site until it can be seen as a worthwhile endeavor by the county. If volunteer recruitment is successful, it may be expanded to cover other county waste sites.
Currently, Commissioner Jody Rutherford oversees the effort at the Bandera site.
The Bandera Prophet is grounded on the premise that relevant news delivery is ever-evolving. Founded by newspaper veterans, the Prophet delivers up-to-date information by writers and photographers who combined have 50-plus years of experience in the field and newsroom.
Completely free to readers, the Prophet is published on multiple platforms, and shared within the online community. No paywalls and no paid subscriptions required, the Prophet is built on the belief that information is so necessary to our community, that it should not depend on your income.
At the Prophet, news, sports, feature stories and more are immediately available with one click of a button or one swipe on a keypad.
All content copyright property of The Bandera Prophet