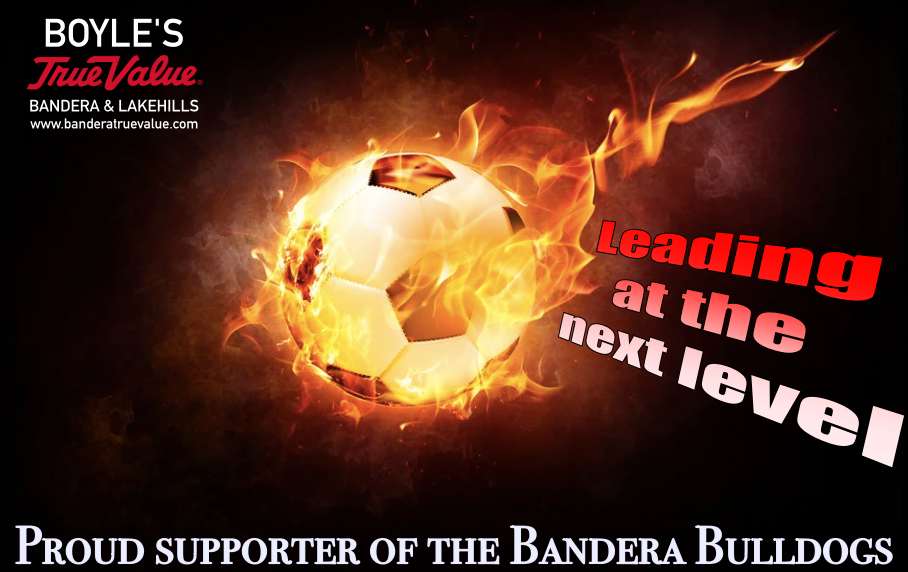 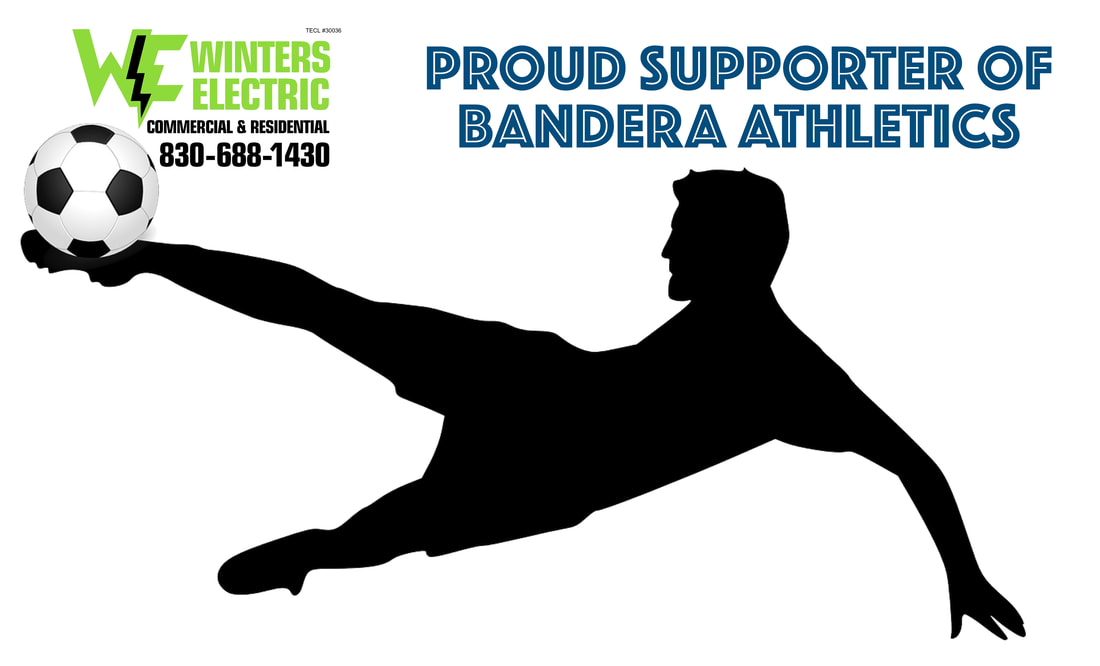 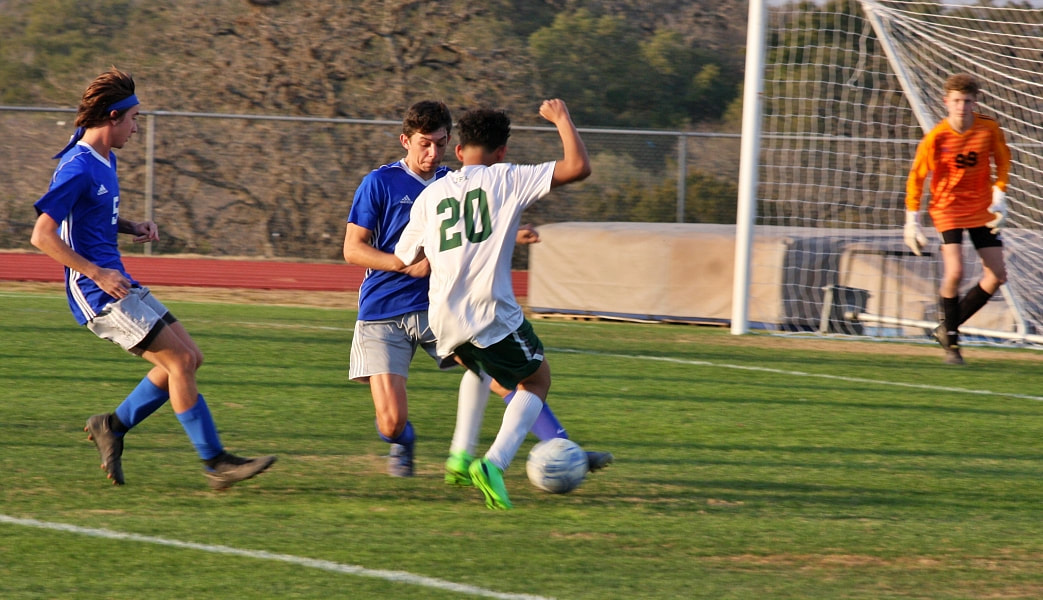 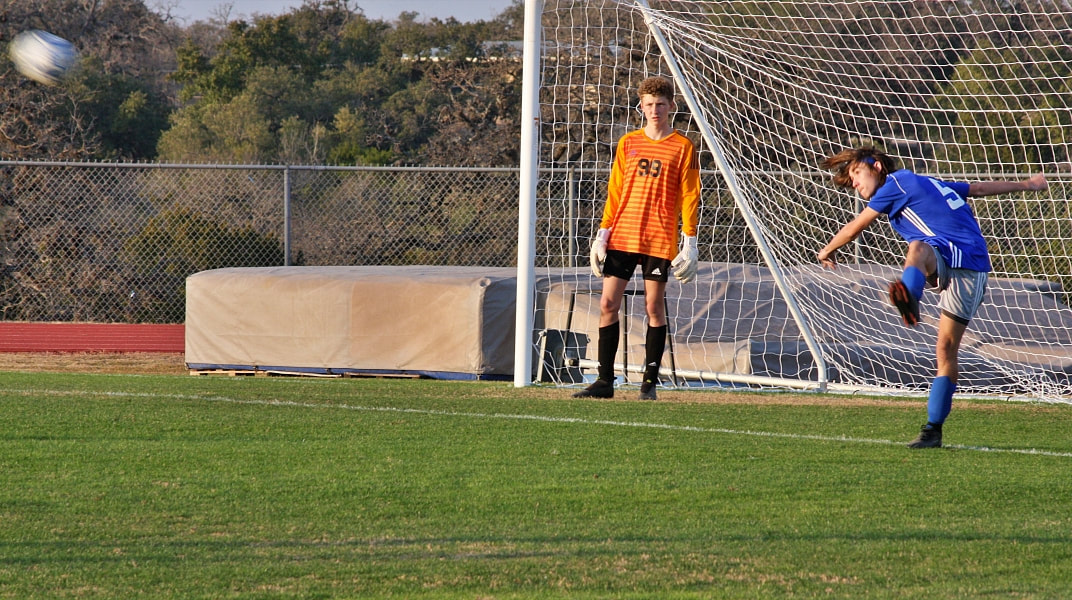 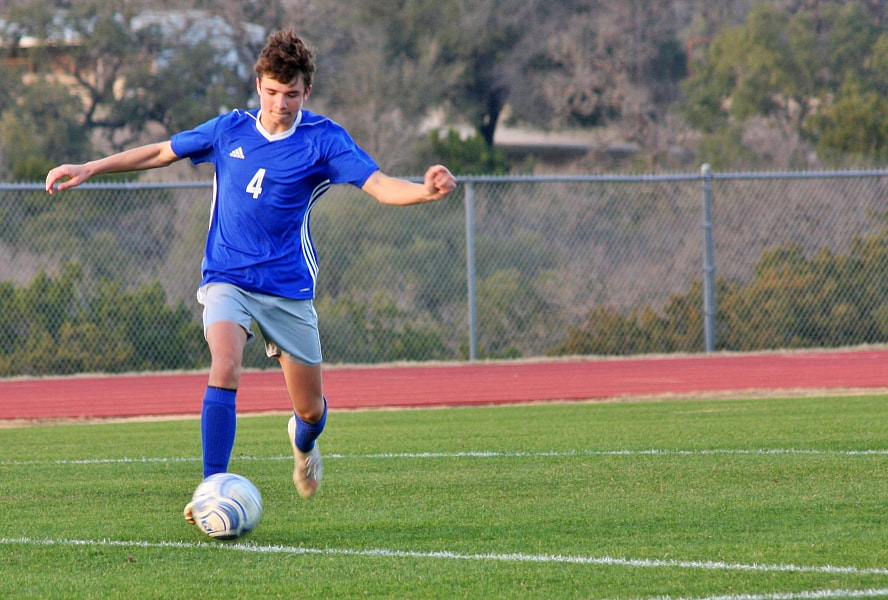 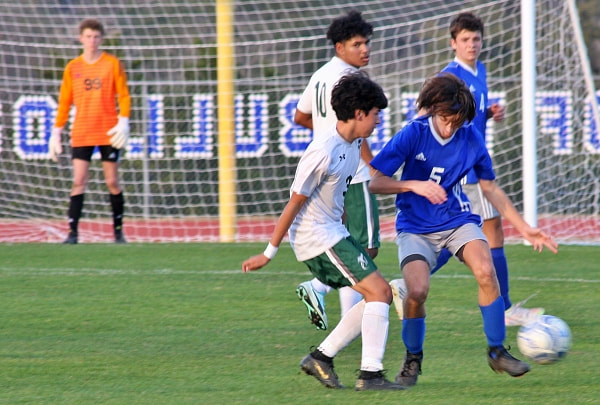 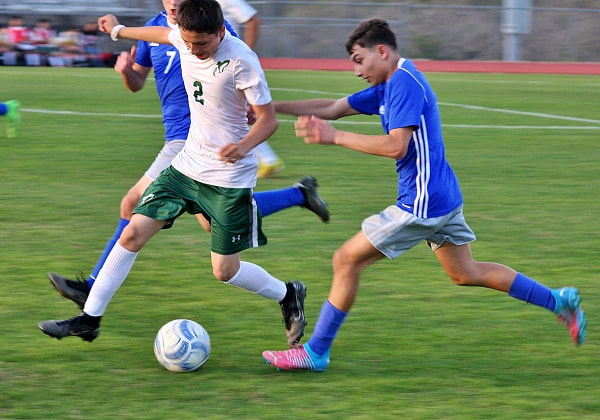 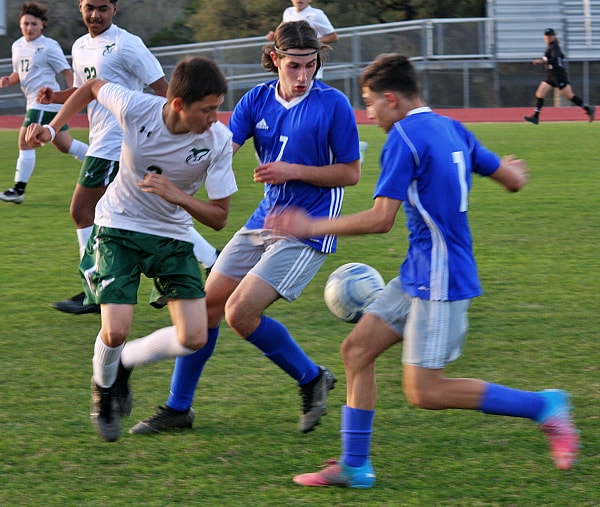 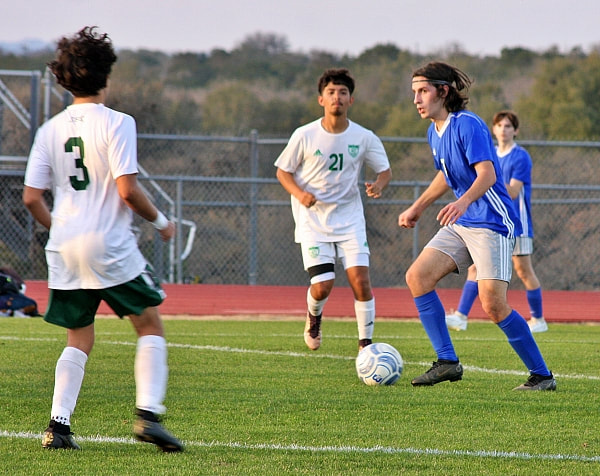 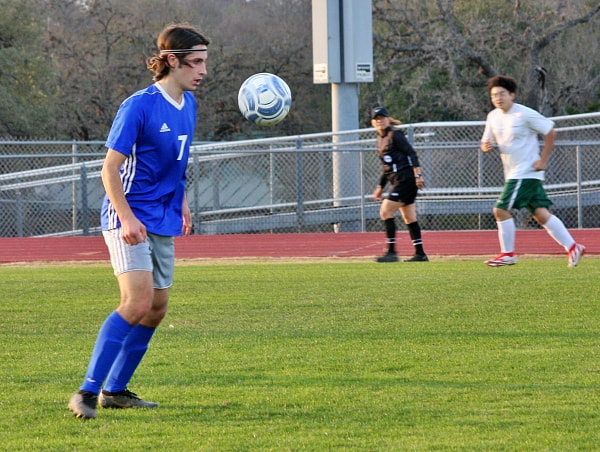 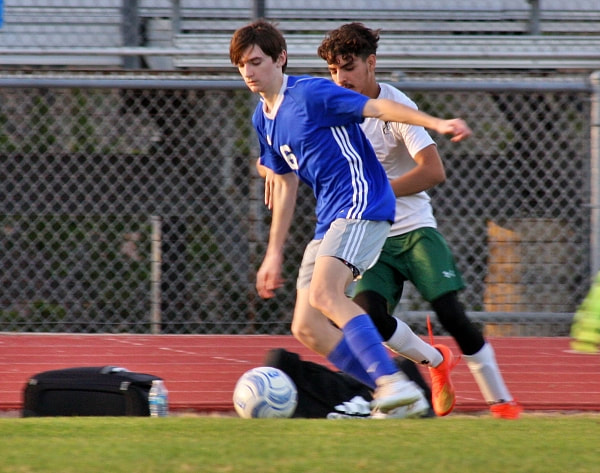 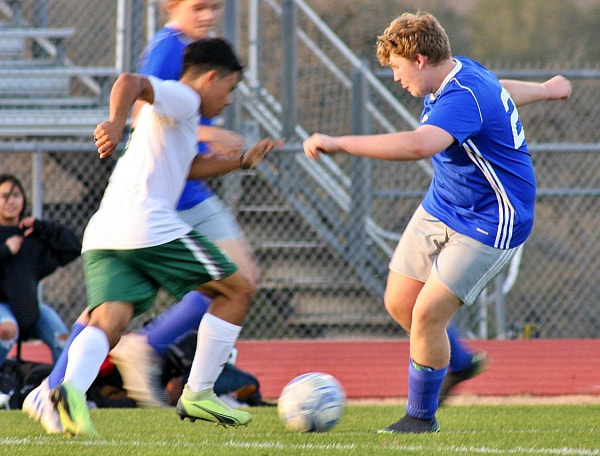 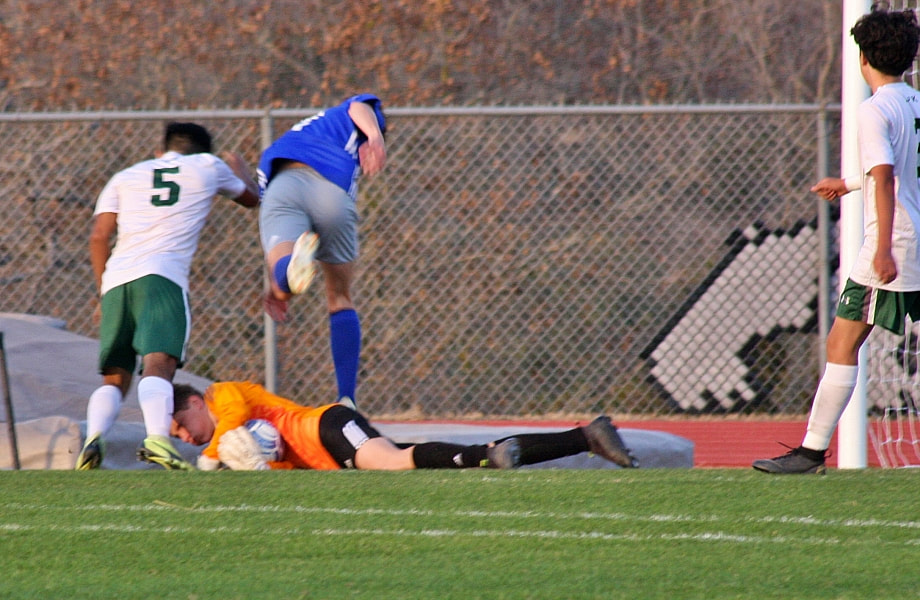 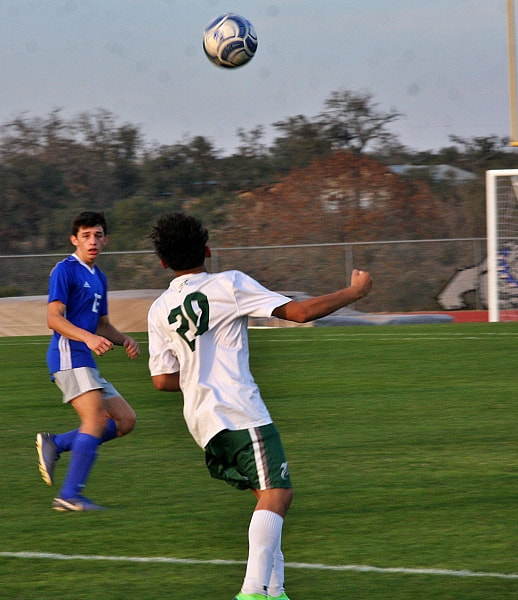 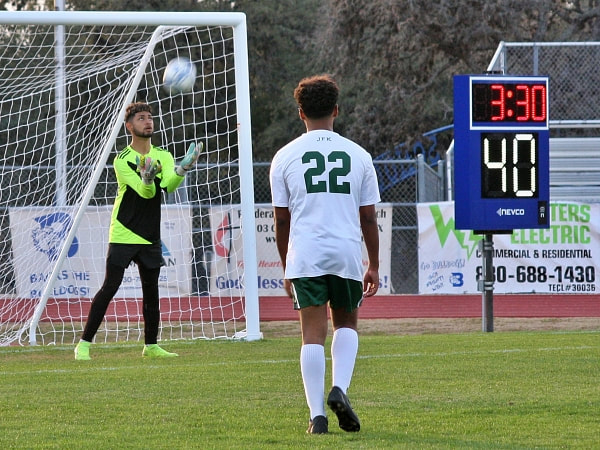 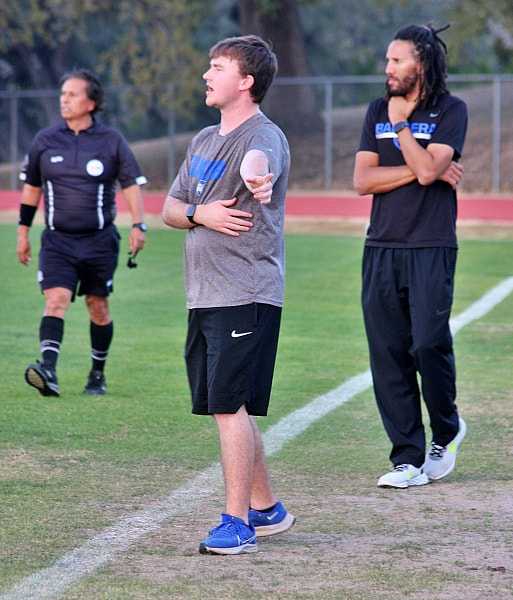 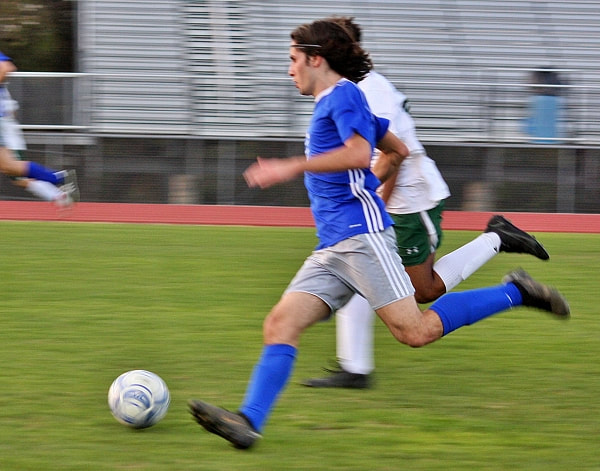 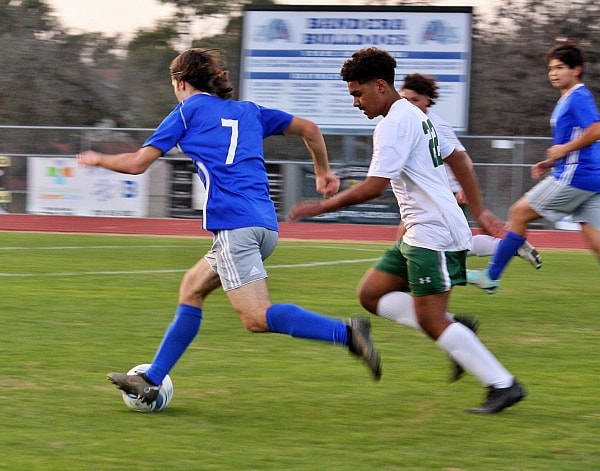 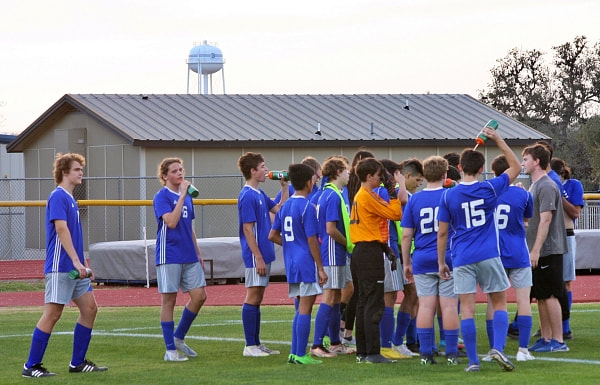 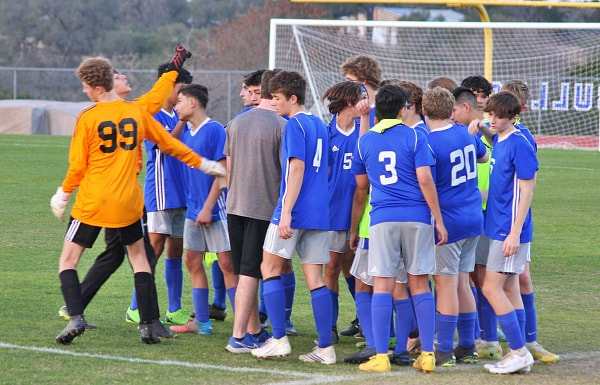 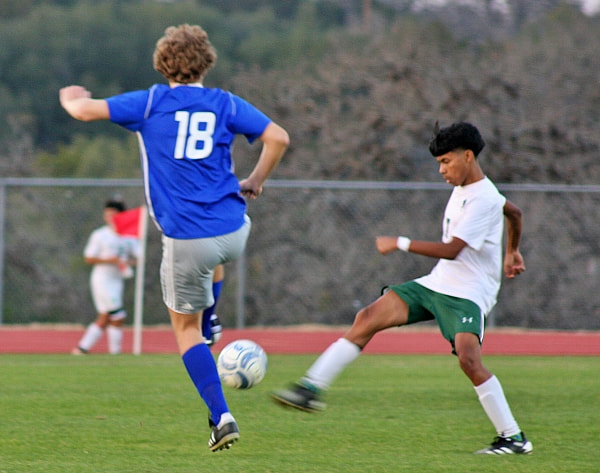 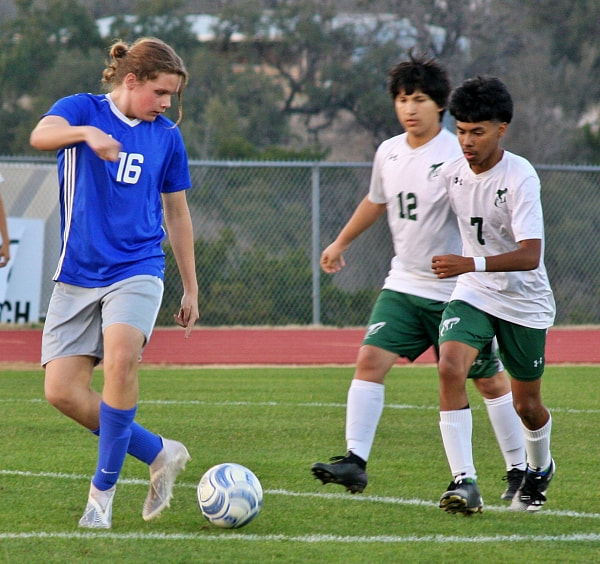 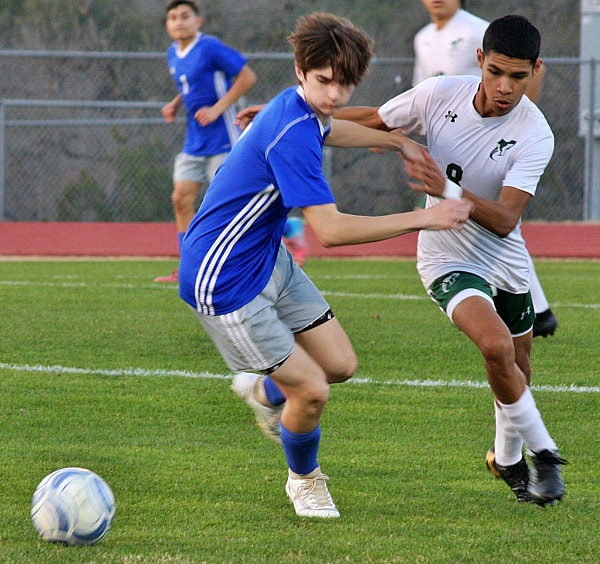 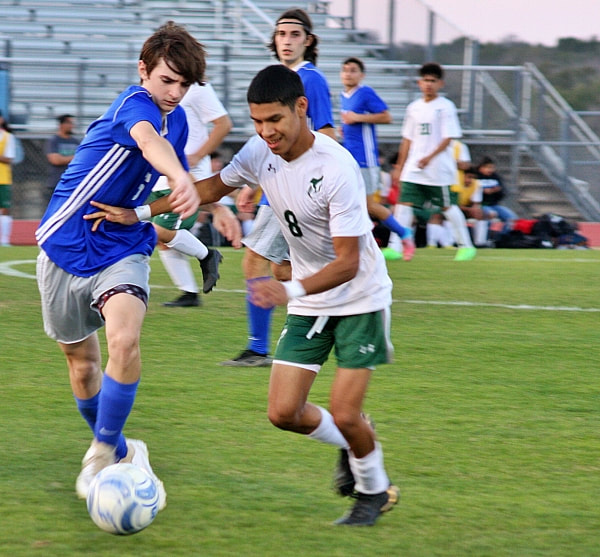 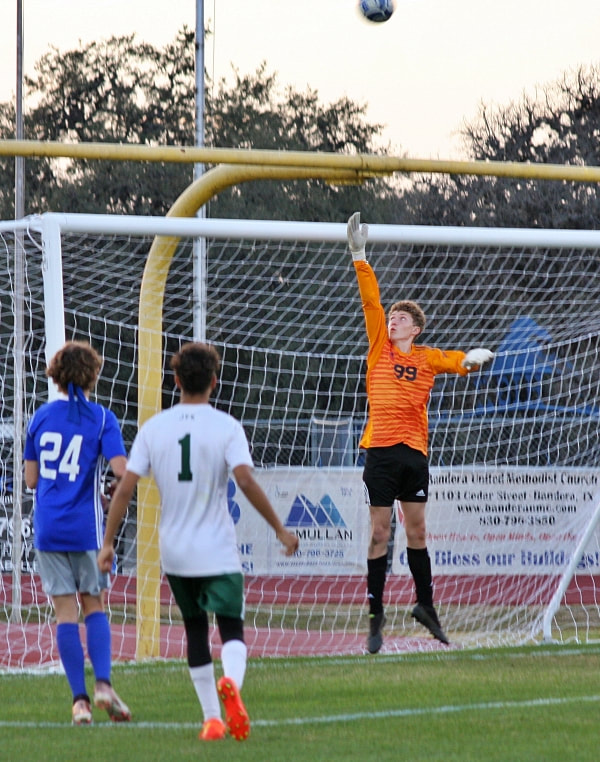 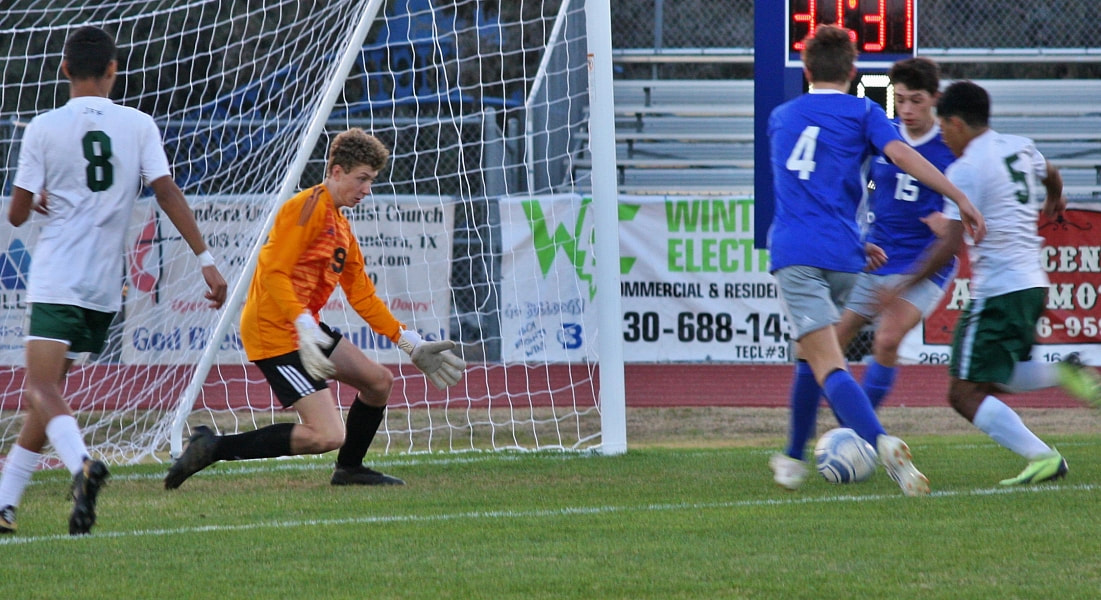 On Tuesday, Jan. 17, the Bandera Bulldogs took the field to play 5A, John F. Kennedy High School from Edgewood ISD, out of San Antonio. Junior Varsity took the field at 5 p.m. Early stages of the game showed great poise from multiple players creating shots on the goal while the Bulldogs defending line aided Junior Keeper Kyle Moore to hold a clean sheet until late in the first half. Bandera went into halftime down 0-2.
In the second half, Freshman goalie Jayden Dower got to see some action in the box. JFK, unfortunately, was able to take the lead to 0-4 but the Bulldogs found success late in the second half with a goal off the foot of Sophomore Ruben Palacios.
The JV has a full set of games scheduled for next week that includes sister school to JFK, Memorial High School on Tuesday. They will play Davenport in the district opener on Friday. Both games are away and game time is set for 5 p.m. Next Saturday, the JV will play Samuel Clemens JV Gold at home, at 10 a.m.
Varsity Soccer, coming off their first win of the season again Poteet, started their game versus JFK excited for their new challenge. They started strong, created opportunities, and played some great defense.
Bandera’s lone goal came off the head of Senior Captain Felix Diaz, with 13 minutes left in the half. Captain Beto Muzquiz took a booming goal kick placing the ball beyond the half field to the feet of Jr. Cristian Garcia who then flicked the ball over JFK’s defensive line where Felix Diaz out ran the defense to the ball.
As the keeper came out of the box to clear the ball, Felix popped the ball over the keeper and ran under it’s bounce to head the ball in the net. It was one of the most beautiful moments of Bandera Soccer in recent years.
JFK came out the second half strong; scoring within the first 15 minutes of the 40 minute half. A questionable handball was awarded to JFK inside the box allowing a penalty kick. Senior Keeper Marco Reyes made a great save off the penalty kick but was unable to secure the ball on the rebound and JFK was able to place the ball into the net giving the Rockets a 1-2 lead.
Bandera switched tactics to slow the pace of the Rockets but conceded an amazing shot from 40 yds out giving JFK a 1-3 lead. The Bulldogs battled back creating more opportunities to climb back into the match but were unable to secure another goal.
On Friday, the Varsity team will travel to Hondo for a 6 p.m. start time and will play their last non-district match vs Memorial, in San Antonio, on Tuesday. District play will begin next Friday, at Davenport, at 7 p.m.
The Bandera Prophet is grounded on the premise that relevant news delivery is ever-evolving. Founded by newspaper veterans, the Prophet delivers up-to-date information by writers and photographers who combined have 50-plus years of experience in the field and newsroom.
Completely free to readers, the Prophet is published on multiple platforms, and shared within the online community. No paywalls and no paid subscriptions required, the Prophet is built on the belief that information is so necessary to our community, that it should not depend on your income.
At the Prophet, news, sports, feature stories and more are immediately available with one click of a button or one swipe on a keypad.
All content copyright property of The Bandera Prophet