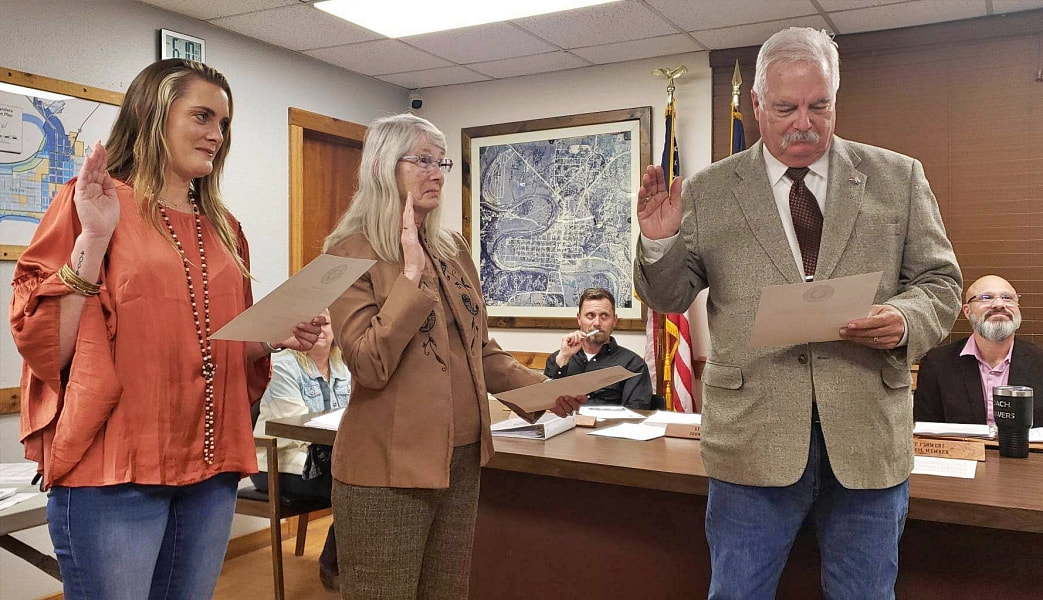 Texas Water Development Board representatives Assah Al Kurdi and James Golab presented a water longevity assessment during Bandera City Council members’ regular meeting on Tuesday, painting a thought-provoking picture for future water availability.
The City of Bandera, Al Kurdi said, has some water supply challenges, including projected population growth and historic water level declines in the aquifer. Combined with wells in the city nearing production capacity, Al Kurdi said council needs to begin thinking about procuring alternative water supplies.
The city has three supply wells at Mulberry Street, Dallas Street and Indian Waters tapping into the Lower Trinity Aquifer, which has seen a 300-foot decrease between 1950 to the early 2000s. Although there is time to adopt new water supply strategies, Al Kurdi said they should be implemented within the next two decades.
“The wells currently meet the city’s needs, but are reaching pumping limits,” Al Kurdi told council Tuesday night, adding the city population is anticipated to increase at least 30 percent by 2070, and the projected groundwater supply will be twice the current use.

~ In the public forum, Tom McEachin said on Sunday morning he noticed several cars parked in front of the skate park and playground in City Park. He added many people have commented to him that the disc golf course at the end of City Park is one of the best in the state. The city has made recreation a priority, McEachin said, and he thanked council.

~ City Secretary Jill Shelton said the new playground equipment installation is complete, a process that begin in 2019. As of Jan. 10, she said, all that remains is the landscaping. The city will host an official ribbon cutting with the Bandera County Chamber of Commerce on Monday, Jan. 23, from 5-7 p.m.

~ Council members will meet for a workshop to discuss several things, including land acquisition for a new wastewater treatment plant, on Saturday, Jan. 28, at 10 a.m. and work through lunch.
The Bandera Prophet is grounded on the premise that relevant news delivery is ever-evolving. Founded by newspaper veterans, the Prophet delivers up-to-date information by writers and photographers who combined have 50-plus years of experience in the field and newsroom.
Completely free to readers, the Prophet is published on multiple platforms, and shared within the online community. No paywalls and no paid subscriptions required, the Prophet is built on the belief that information is so necessary to our community, that it should not depend on your income.
At the Prophet, news, sports, feature stories and more are immediately available with one click of a button or one swipe on a keypad.
All content copyright property of The Bandera Prophet