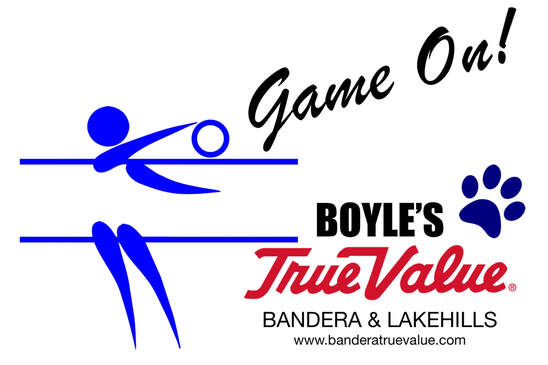 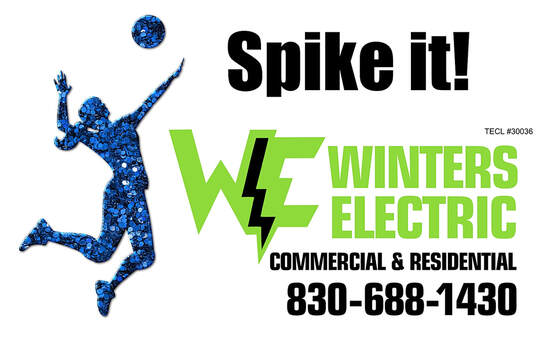 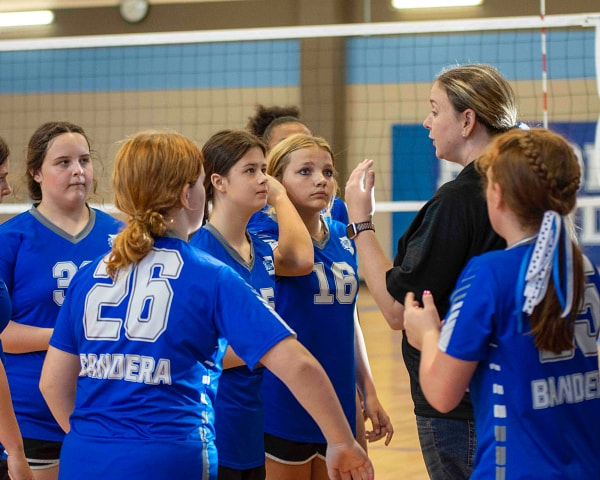 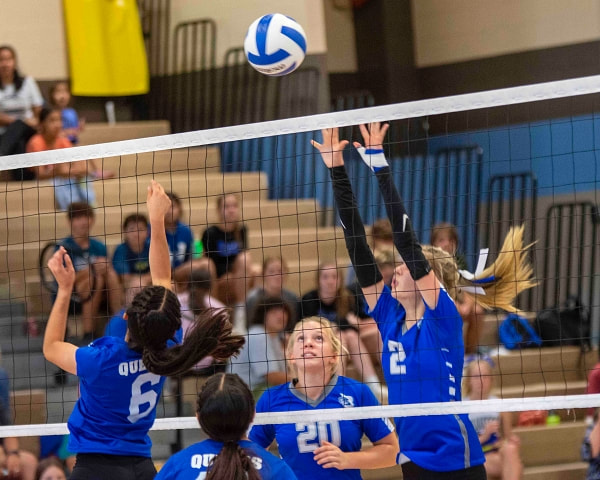 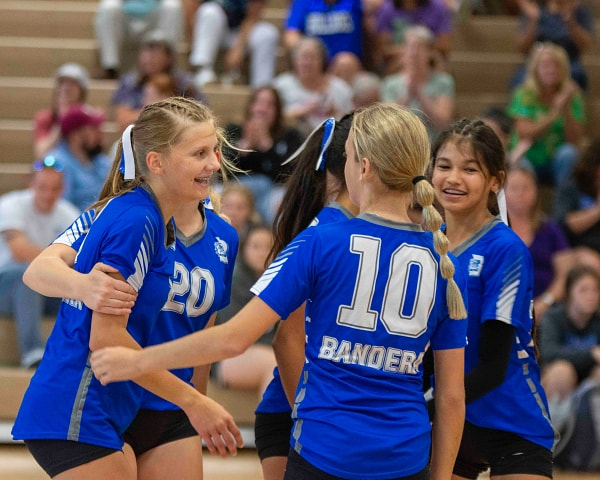 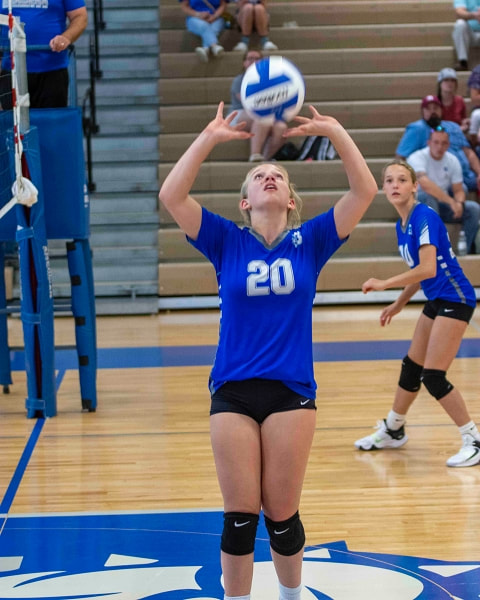 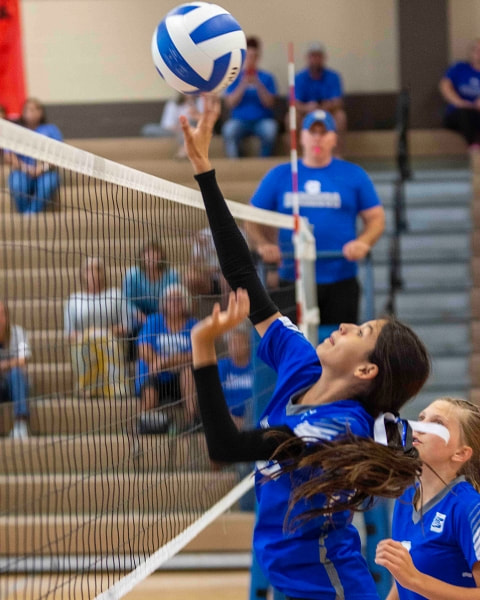 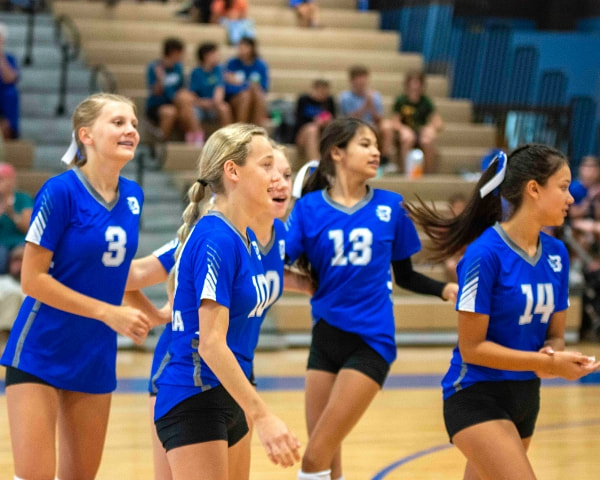 Eighth grade
Dalton Parks, Breydan Gherman and Cooper Franklin led the Bulldog offense in a 33-24 loss to San Antonio Academy.
Bandera scored on the first play from scrimmage, a 60 yard reception from Parks to Gherman and Gherman would score another touchdown on a rush in the second quarter.
Parks found Franklin late in the third to slice the Wildcats lead to two points to start the fourth quarter, but they would score late to get the 33-24 win.
The Bulldogs will get a well deserved week off before kicking off district play at home October 13 against Pearsall.

Eighth grade
“A”
Carrizo Springs
Wednesday, Sept. 28 saw the Lady Bulldogs travel to Carrizo Springs where adversity was the key word of the day. The girls battled the day and the long bus ride to our destination before losing in three sets to the Wildcats.
Scores were 16-25, 25-19 and 15-17.
The lesson learned was when things are out of system we must trust the process, our team, and ourselves.
Bandera stats:
Kills: Jessi Battle, 6, Kyra Blake, 1
Blocks: Battle, 2, Sydney Moore: 1,
Assists: Samantha “Peanut” Sardo, 4, Cerissa Fernadez, 2
Aces: Battle, 3, Rehbehka Gomez, 3, Blake, 1, Moore, 1, Sardo, 1
Del Rio
These Lady Bulldogs played a hard fought battle against Del Rio Queens losing in three sets 25-23, 20-25 and
10-15, but  they are improving each game and we love to see it!
Our goal for this game was to improve our serving and transitioning. We only had four missed serves in all three sets!
Almost every position we were getting three hits on the ball and had many good rallies with Del Rio. We have finished the first round of district and we are out for redemption for the second round.
Bandera stats:
Aces: K. Blake, 5, S. Sardo, 5, C. Fernandez, 5, Preslee Greenly 3, J. Battle, 2, S. Moore, 2
Kills: Battle, 3, Moore, 3, R. Gomez, 1
Blocks: Moore, 1
Digs: Raeleigh Ussery, 4, Battle, 3, Kienna Cielencki, 3, Blake, 2, Fernandez, 2, Moore, 2 Abby Sizemore, 2
Assists: Sardo, 5, Fernandez, 2
“B”
Carrizo Springs
After some hurdles delayed our travel, we finally arrived at our destination, a bit anxious and unsure.
We started off with a fast three point trail behind the Lady Cats, but soon after a quick timeout and shaking off some last minute jitters, we were back in the game and brought home the win.
Due to time constraints, the games ended with scores of 23-11 and 16-16.
D. Schmidt led in serves with an incredible 11 points to add to the books meanwhile K. Lake and K. Ledesma supported with an assist and kill respectively.
Del Rio
These girls have been working hard on coverage, getting three touches, transitioning and teamwork. Together they fought through the process in three close sets.
Bandera defeated Del Rio with scores of 25-17 in the first set, losing 16-25 in the second and winning 15-8 in the third set.
Highlights of the game were D. Schmidt with 18 serving points and two aces.
A. Prater and K. Lake had two assists each, X. Cook and T. Soward each had two kills.
J. Tucker and T. Schniebs helped keep the ball in play after one dig each.
The girls will face off with Pearsall next as we travel to their home court for the start of the second round of district Monday.

Seventh grade
“A” Team
Carrizo Springs
We struggled to shake off some really tough serves in the beginning and allowed the Lady Wildcats to gain some cushion, losing the first set, 14-25.
In the second set, we fought to stay point for point and even gained some momentum when Pyper Banard served five straight points in a row. However, it was not enough to tame the Wildcats and we lost, 18-25.
Del Rio
The Lady Bulldogs fought hard Monday night in their match up with Del Rio.
In game one our outstanding server was Aiden Kavangh, serving for a run of five points with two aces.
Pyper Banard and Bryliegh Clark each recorded one ace. Unfortunately we fell short losing game one, 22-25.
In game two, Kavangh served a run of four points recording one ace and Kolbie Lawlis also served a run of four points with one ace.
We fought point for point, but were unable to get the win with a game two score of 23-25.
While the result is not what we hoped for, I see a great effort for these ladies working in transitioning, communicating, and pushing for the attack.
Zoe Taylor, Bella Pace, Banard and Lawlis all recorded kills in the stat book.
“B”
Carrizo Springs
No scores provided
Del Rio
The Lady Bulldogs fought hard but came up short against the Queens,but we took the match to three sets. Losing the first one, 25-16 to Del Rio, we won the second 25-11 and Del Rio took the third set, 15-5.
The girls improved their game by moving around the court and communicating with each other. Special shout outs to Taylor Marrs, Jasmine Longoria, and Tahtiana Simpson for leading the game in serves that generated most of the points.

Click for More
The Bandera Prophet is grounded on the premise that relevant news delivery is ever-evolving. Founded by newspaper veterans, the Prophet delivers up-to-date information by writers and photographers who combined have 50-plus years of experience in the field and newsroom.
Completely free to readers, the Prophet is published on multiple platforms, and shared within the online community. No paywalls and no paid subscriptions required, the Prophet is built on the belief that information is so necessary to our community, that it should not depend on your income.
At the Prophet, news, sports, feature stories and more are immediately available with one click of a button or one swipe on a keypad.
All content copyright property of The Bandera Prophet